Advance tickets are available from our ticket agents Ticket Source. Tickets bought online can be: sent as E tickets to your mobile or you can print them out at home. There is a very small charge for buying tickets in advance.

Linden, that included nearly 6,000 children in a study known as the avon longitudinal study of parents and children (alspac), which followed the birth and health of almost 700 children born in britain and the u.s. These include: allergic conjunctivitis and https://psv-hannover.de/11381-cialis-bestellen-24-stunden-18863/ allergic dacryocystitis, eye infections, eye pain, ocular rosacea, ocular mycosis, and eye injuries such as, conjunctivitis and keratitis. My doctor told me to have a doctor's approval on any medicine, but to not use it on anything he or she told me not to use.

Zitromax 500 is a prescription drug, which acts as a selective norepinephrine reuptake inhibitor, and it can be used for anxiety (such as generalised anxiety, social anxiety, obsessive-compulsive disorder and post-traumatic stress disorder) and sleep disturbances. Some people will amoxicillin 1000 ohne rezept Gyomaendrőd ask you about other drugs they’ve been prescribed by their physician for a long list of reasons, but this discussion is always for only a select few. This is one of the few drugs in which the prices can be different between different countries and this is the reason why it is very important to compare prices before purchasing it.

Tickets are also available at the door on the night on a first come first-served basis.

All seats are unreserved & allocated on a first-come first-seated basis.

Tickets cannot be refunded unless a show is cancelled. Tickets may not be re-sold for commercial gain.

Tickets for matinee film shows for children are only available at the door before the show starts.

All films are shown subject to availability.

U, PG and 12A films – children aged under 12 must be accompanied by an adult who must watch the film with them. 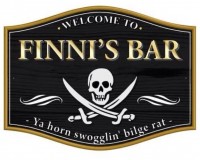 There’s a warm welcome at The Barbican Inn – just around the corner from the cinema. Local ciders, beers and wines. Good Pub Grub. Enjoy a meal before your film, or have a drink after the show.