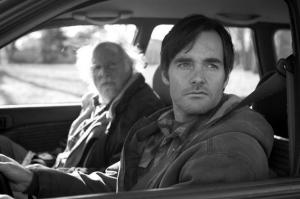 A serious but darkly funny film, which describes a father and son road trip, from Billings, Montana to Lincoln, Nebraska, that gets waylaid at a small town in central Nebraska, where the father grew up and has scores to settle. Told with deadpan humor and a unique visual style (in black and white), it’s ultimately the story of a son trying to get through to an ageing father he doesn’t understand.