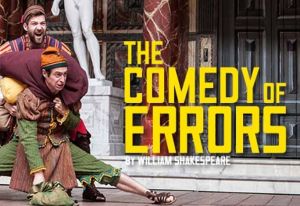 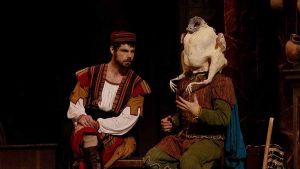 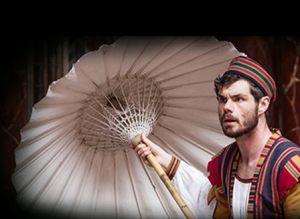 Take one pair of estranged twin brothers (both called Antipholus), and one pair of estranged twin servants (both called Dromio), keep them in ignorance of each other and throw them into a city with a reputation for sorcery, and you have all the ingredients for theatrical chaos. One Antipholus is astonished by his foreign hospitality; the other enraged by the hostility of his home town. The Dromios, caught between the two, are soundly beaten for obeying all the wrong orders.
A hectic tale of violent cross-purposes, furious slapstick and social nightmare.

‘As enchanting as it is hilarious’ – The Independent.
147mins (including 15min interval)