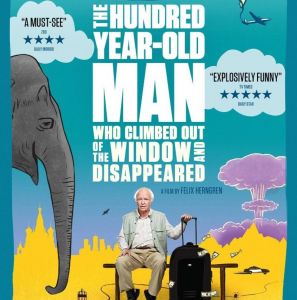 After a long and colourful life working in munitions and getting entangled in the Spanish Civil War, the Manhattan Project, and other definitive events of the 20th century, Allan Karlsson finds himself stuck in a nursing home. Determined to escape, he embarks on a journey involving, among other surprises, a suitcase full of cash, some wicked criminals, and an elephant named Sonya. This comedy is a fanciful spin on world history, and is the highest-grossing Swedish film of all time.